With her signature understated style, Kelly Reichardt brings the audience into the world of four very different women as they negotiate life in rural Montana.

Based on three short stories from Maile Meloy, Certain Women follows the overlapping lives of several women, beginning with attorney Laura (Laura Dern) as she struggles with an unruly client and her own relationship issues. The latter bleeds into the life of Gina (Michelle Williams), whose relentless pursuit to build the perfect house is fracturing her family. A rancher (Lily Gladstone) finds the loneliness of her day-to-day life alleviated by the arrival of a young law graduate, Elizabeth (Kristen Stewart).

Written, directed and edited by Kelly Reichardt, Certain Women stays consistent with her signature of minimalist, naturalistic filmmaking that makes narrative features feel more like documentaries – if it wasn’t for the faces of some of our most treasured working actresses, that is. The real-world settings and streets become the stage for veterans like Dern and Williams to do big things with little moments, while newcomers like Gladstone and child-actor-done-good Stewart demonstrate how seamlessly they can blend into the stitches of Reichardt’s world. Named by Variety as “the quietest of great American filmmakers”, her filmography has predominantly featured working class women as the key protagonists, with Certain Women continuing that theme but expanding the scope and scale

READ: Kelly Reichardt Is One of the Best Filmmakers in America, and We Don’t Appreciate Her Enough
Eric Kohn, indiewire, Oct 2016 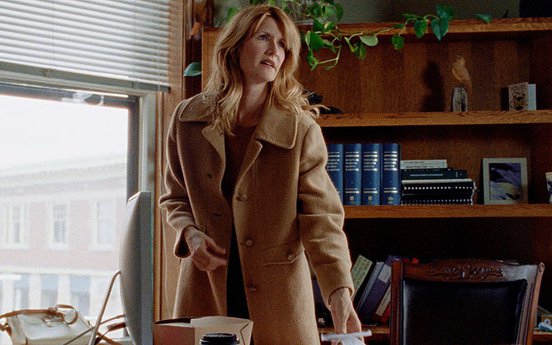