Alexander Payne explores the nature of fanaticism in America with this black comedy on the abortion debate.

It’s wild to think that barely a decade after filmmaker Alexander Payne pushed Citizen Ruth into the world, he’d be on stage at the Academy Awards accepting an Oscar for Sideways (2004). The edges have never been sharper than they are in his early work, with this black comedy criminally under-watched compared to better known titles in his filmography like Election (1999) and About Schmidt (2002) from the same period. Following an overdose and recent arrest, a young woman with serious substance abuse issues (Laura Dern) finds herself in the middle of a contentious abortion debate after learning that she’s pregnant. The wackiness and weirdness of the respective sides are fleshed out by wacky and weird performances from a host of the most unlikely players including Mary Kay Place, Kelly Preston, Kurtwood Smith, Tippi Hedren and Burt Reynolds.

The whole film – and its ability to push the line then walk it back constantly – rests on Dern’s unlikable, difficult and hilarious portrayal of Ruth. “I slept in a few dumpsters, maybe I slept on some babies,” she says at one point, a line that is just as ridiculous in context as it is out of context, but is pulled off by her sheer force of will. Displaying a versatility as a performer that wasn’t fully realised up until this point, it also established the groundwork for the types of prickly and perplexing women she would play in television in the decades to come specifically with the trifecta of Diane Evans in the Twin Peaks revival (2017), Amy Jellicoe in Enlightened (2011–13) and of course Renata Klein in Big Little Lies (2017–19).

With thanks to our friends at the NFSA for making this screening possible. 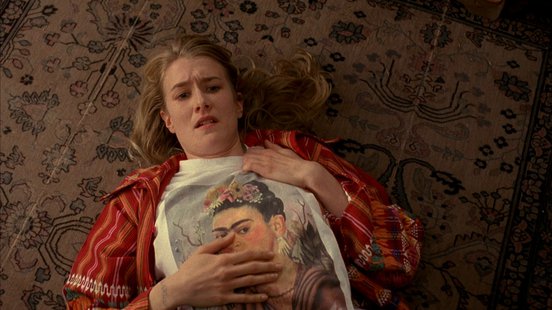