Ladies and Gentlemen The Fabulous Stains

Male rock ’n’ roll bravado is flipped on its head with this cult, feminist, punk film that inspired an entire riot grrl movement.

“You are so jealous of me,” Diane Lane’s character Corinne tells a disgruntled Billy (Ray Winstone). “I’m everything you ever wanted to be.” He hurls back an insult – “a c**t?” and she responds, all of seventeen years old, “exactly”. There are films that have a ‘f**k you’ attitude and then there are films like Ladies and Gentlemen The Fabulous Stains. Featuring some of the very first roles for then teenagers and future Oscar-winners Lane and Laura Dern, it follows three girls from a low socio-economic background who hit the road with a punk band and washed up rock stars. Their drive is less about ‘making it’ per se and more about paying their rent, paying their bills, and keeping food in their mouths, all while pushing their outwardly feminist agenda. “We don’t put out!” screams a made-up and mulleted Corinne to an unruly audience, their aggression and attitude inspiring a wave of other teen girls in what becomes an unlikely phenomenon.

Lost to a wider audience for decades, it’s easy to understand why a cult fandom remained percolating for Ladies and Gentlemen The Fabulous Stains with the themes and message as punk rock today as they were at the dawn of the eighties. Post The Runaways, the film is as much a satire about female exploitation in a male dominated industry as it is a rollicking musical featuring sex, drugs, and very, very good rock ’n’ roll. With a screenplay from Nancy Dowd enhanced by the lived experience of music producer and director Lou Adler, it’s formidable reputation became a critical text for the feminist riot grrl movement which was birthed not long after. 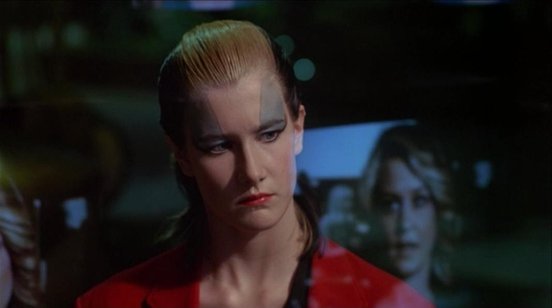