Inspired by real-life horror, this seminal American teen tale about playing with fire centres the work of three women at its core.

In 1966, novelist Joyce Carol Oates came across the story of 'The Pied Piper of Tucson', American serial killer Charles Schmid who manipulated and preyed upon teenage girls. It inspired her own short story, Where Are You Going, Where Have You Been? (1966), which became the basis for Smooth Talk. It follows Connie (Laura Dern), a 15-year-old on the cusp of womanhood and at odds with her family, particularly her mother Katherine (Mary Kay Place). During what she views as a long and boring summer, Connie begins to explore her sexuality with potentially disastrous consequences as she crosses paths with Arnold Friend (Treat Williams).

Melodramatic at times, Smooth Talk’s biggest strength is the trio of women whose work is centred at the heart of its creation. Most obviously there’s 18-year-old Laura Dern’s performance, it heralding all of her promise as a nuanced and skilled actress in the decades to come. The film’s director Joyce Chopra made her narrative feature debut, although tapping in to many of the same themes she first explored in her documentary short Girls At 12 (1975). Then, of course, Joyce Carol Oates whose source material balanced the fear and frivolity of such a specific time. Premiering at Sundance alongside fellow female-driven cult classic Desert Hearts (1985), Smooth Talk won the Grand Jury Prize for Best Dramatic Feature and kickstarted fascinating careers for almost everyone directly and indirectly involved.

READ: Where Are You Going, Where Have You Been? and Smooth Talk: Short Story into Film
Joyce Chopra, (Woman) Writer, Mar 1986 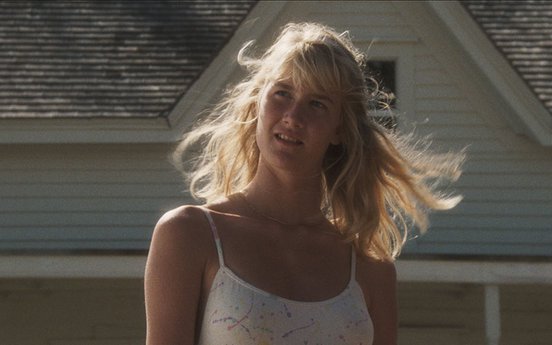