The directorial debut of award-winning art director Man Lim-chung documents the 40-year career of Ann Hui, one of Hong Kong’s most acclaimed and influential filmmakers.

The perfect portrait of a remarkable person [also] succeeds in making Hong Kong one of the protagonists.

One of Hong Kong’s most distinguished filmmakers, Ann Hui (A Simple Life, Our Time Will Come), has been directing films for over forty years. Award-winning production designer and art director Man Lim-chung – a collaborator of Hui’s since 2002’s July Rhapsody – offers a deep dive into the personal and professional histories and creative working life of the lauded director in an illuminating documentary filmed over a three-year period. Employing film footage, candid conversations with Hui, interviews with friends and family and her many collaborators – Nansun Shi, Fruit Chan, Stanley Kwan, Tsui Hark, Jia Zhangke, Hou Hsiao-Hsien, Ping Bing-Lee, Sylvia Chang and Andy Lau all appear, among several others – and with behind-the-scenes footage shot on the sets of Hui’s The Golden Era (2014) and Our Time Will Come (2017), Man’s richly layered film is essential viewing for any aficionado of Hong Kong cinema.

Alongside revealing insights into Hui’s films and working methods, Man’s documentary also offers rare glimpses into the director’s early life and upbringing, and some of the disarming family secrets Hui’s past holds. Scenes late in Keep Rolling poignantly evoke the unsentimental but affecting humanity of Hui’s 2011 film, A Simple Life, in scenes the director captures between Hui and her increasingly fragile mother and in Hui’s own reflections on ageing. Awarded the Golden Lion for Lifetime Achievement at the Venice Film Festival in 2020, Man’s film is a fitting and expansive tribute to Hui’s living legacy.

People under the age of 15 must be accompanied by a parent or guardian.

Man Lim-chung began his career in the film industry as an art director. He has worked with Ann Hui on a number of her films, The Golden Era (2014) and Our Time Will Come (2017) among these, for which he was awarded the Best Costume and Make Up Design and Best Art Direction awards respectively at the Hong Kong Film Awards. Keep Rolling is his directorial debut. 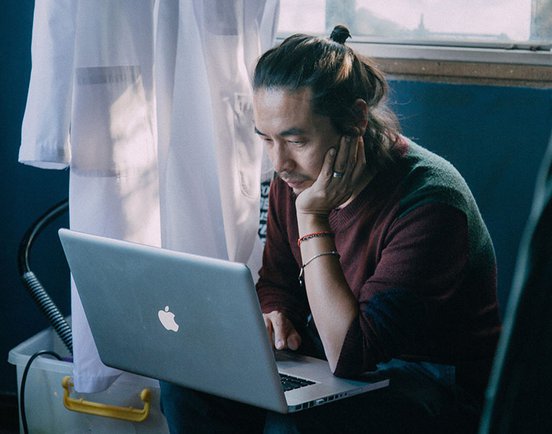