A compelling and subtle film.

Join us in the cinema on Tuesday 24 January to hear from director Aaron Wilson, production designer Tim Burgin, and actors Minnie and Freddy Liszukiewicz.

Leo (Mark Leonard Winter), a taciturn metalworker and father of two living in a rural town, is thrown into abject confusion by the recent abandonment of his wife, Camille. Unable to draw on any kind of emotional or practical support from his despondent father, Jim (Robert Menzies), a former prisoner-of-war worn down by unresolved PTSD, Leo accepts the advice of a co-worker, the optimistic and philosophical Tony (Fabio Motta), a migrant from Sicily, to ask his newly arrived sister, Maria (Silvia Colloca), if she’ll lend a hand in the kitchen and with the kids.

Filmed in regional locations in Australia’s eastern states – Tocumwal (in New South Wales) and Cobram (in Victoria) – where director Aaron Wilson grew up, Little Tornadoes is richly evocative of a specific time – the early 1970s – and setting in which myriad social and cultural currents in Australian society all seemed to converge in a wave of change and upheaval.

Wilson’s sensitive direction elicits wonderfully nuanced performances from his uniformly talented cast. The film’s multi-layered screenplay – co-written by Wilson and acclaimed author Christos Tsiolkas (The Slap, Damascus) – also gives Colloca the opportunity to narrate a moving internal monologue that poetically explores her character’s own relationship with leaving home and the search for a renewed sense of belonging. Cinematographer Stefan Duscio (The Dry, Judy & Punch) and composer Robert Mackenzie (The Hunter, Lore) both add immeasurably to the film’s expressive visual palette and atmosphere.

READ: Aaron Wilson on dislocated identity and what it means to be a man in Little Tornadoes
Stephen A. Russell, SBS Movies, May 2022 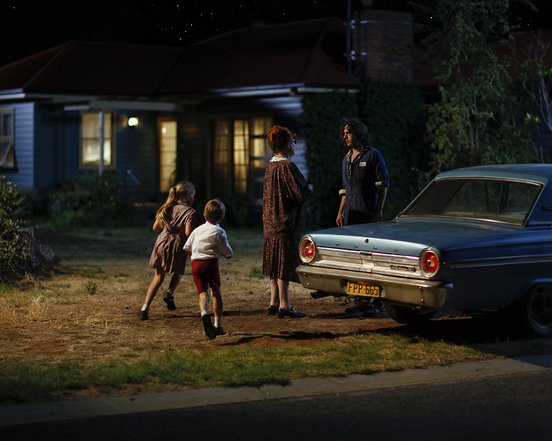