Lino Ventura plays a wanted gangster, tapping former colleagues to assist his return to Paris, while Jean-Paul Belmondo is cast as the young criminal who remains loyal when the betrayals start piling up. Sautet skilfully adapts the novel by real-life murderer and Nazi collaborator José Giovanni, who based the leading character on one of his fellow inmates, a one-time Gestapo henchman. Sautet uses genre to paste over a casual ruthlessness that French society wasn’t entirely ready to admit to at the time, the wartime shame of so much dishonourable behaviour still fresh in the cultural memory. With Marcel Dalio.

Although film noir is primarily associated with American cinema of the 1940s and 1950s, France played a key role in its development, both in its appreciation (the term was coined by French critic Nino Frank in 1946) and continuation of the genre. It is perhaps fitting that Rififi (1955), considered by many to be the ultimate French noir, was directed by Jules Dassin, an American exiled in Paris... 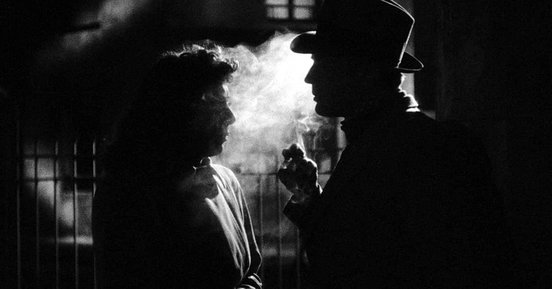