Blacked-out wartime London provides an eerie setting for this atmospheric, shadowy, noir-like thriller involving an ex-Asylum inmate (Ray Milland) caught in the machinations of a Nazi spy ring. Lang builds up a meticulously detailed, brooding and hallucinatory world that hinges upon the possibly mad subjectivity of its central character. This Hitchcock-like confection, ensnared in a darkening, increasingly paranoid labyrinth, is based on a novel by Graham Greene and co-stars Dan Duryea and Marjorie Reynolds.

Please note that this session will be preceded by the Melbourne Cinémathèque's Annual General Meeting at 6:30pm.

Also screening on Wed 18 May

More than Night: The Fatal Vision of Fritz Lang

Fritz Lang (1890–1976) was a master of both expressionism and film noir whose career spanned almost 50 years, taking him from the vibrant and highly influential German studio system of the pre-Nazi era to many of the Hollywood majors. Often described as a film director’s director, Lang was a virtuoso of the moving image... 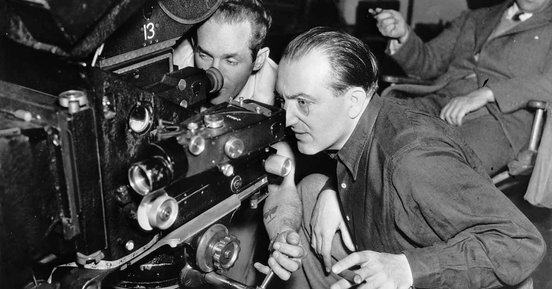