From the Notebook of…

Shot in Florence, this critical work in Beavers’ filmography compares the treatment of space in Renaissance art with that in the moving image, drawing on Da Vinci’s notebooks and Paul Valéry’s accompanying commentary. Screens with two subsequent Beavers films exploring the intimacy of place and environment. Filmed in the filmmaker’s mother’s garden in Massachusetts, Pitcher of Colored Light (2000–2007) is a beautiful essay in movement and stillness, the diurnal rhythms of the seasons and human life. The Suppliant (2010) is an exquisitely rendered portrait of the title statue and the artist-friend’s apartment it occupies.

16mm prints made available by The Temenos Archive.

To be introduced by the filmmaker.

This program celebrates the work of two of the most significant filmmakers in American and European avant-garde cinema, Gregory J. Markopoulos (1928–1992) and Robert Beavers (1949–)... 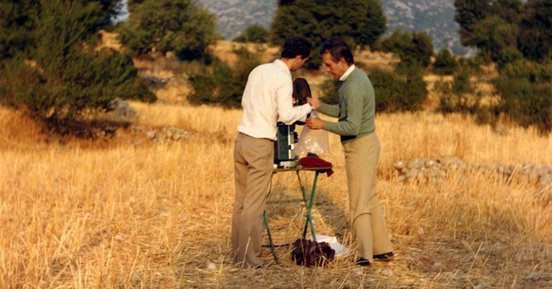