Rychman expanded upon his experience making proto-video clips when bringing to the big screen the first great Czechoslovak musical, a Romeo and Juliet-like tale of teen love often dubbed 'East Side Story'. Framed by a trio of guitarists acting as a Greek chorus, this sly satire of the socialist-realist “tractor musical” dramatises the conflict between collective and individualistic principles and foregrounds the interests of youth no less than the films of the contemporaneously emerging New Wave. The film’s terrific songs are sung by domestic pop stars working in the American idiom including Karel Gott, “The Golden Voice of Prague”.

Digital restoration courtesy of the National Film Archive in Prague. 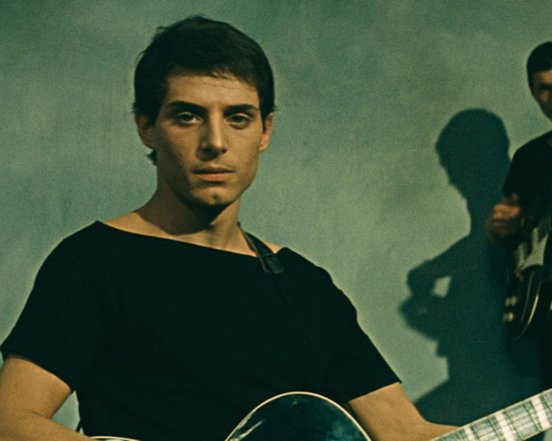