The Sons of Great Bear

An East German “sauerkraut” western directed by a Czech communist, with Serbian actor Gojko Mitić cast in the lead role as a Lakota resistance fighter betrayed by white settlers, this is the first of DEFA’s audaciously revisionist “red westerns”. With the mountains of Montenegro standing in for the Black Hills of South Dakota, Mach turns the cowboys-and-Indians trope on its head to critique the mythology of the West, expose the lie of Manifest Destiny and offer a coded indictment of Cold War-era American imperialism.

Ostern Powers: An introduction to the Eastern European Western

It may come as a surprise, but that most quintessentially American genre, the western, was enormously popular behind the Iron Curtain. Of course, it was seldom possible for Eastern Bloc audiences to see Hollywood films. No matter; even though socialist states deemed the Hollywood western decadent in propagating foundational frontier myths, they took to the production of westerns with great relish... 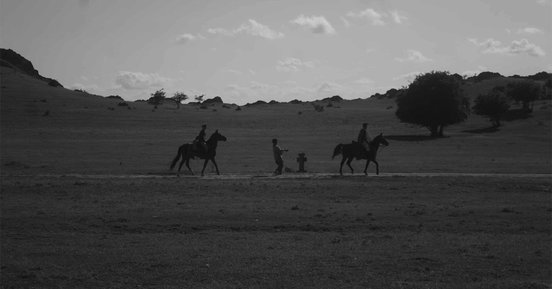