And Life Goes On

Opening the Un Certain Regard section at the 1992 Cannes Film Festival, the second film in Kiarostami's Koker trilogy is set against a backdrop of destruction yet brims with life and vitality.

And life goes on (Abbas Kiarostami, 1992) - Fragmento by Luiza Nasseh

In 1990, Northern Iran was devastated by an earthquake killing over 50,000 people. The epicentre of the quake was Koker, the town where Kiarostami had shot Where is the Friends House? (1987). With telecommunications cut, Kiarostami and his son drove from Tehran in search of the two stars of his film, brothers Babak and Ahmad.

The events of the trip and in particular, the story of a young man Kiarostami met who’d married immediately after the disaster, ruminated with him and he decided to return to make And Life Goes On. In the fictional telling of Kiarostami’s journey, as the father and son travel further into the countryside, the purpose of their mission drifts, giving way to broader sense of hope amidst the rubble.

To make the film, Kiarostami had to ask locals to restage scenes following the earthquake. They did so but refused to wear dirty clothes and instead came dressed in their finery for the shoot. Kiarostami responded by saying, “Why not? We’re not portraying reality; we’re making a film.”

See our range of Membership options 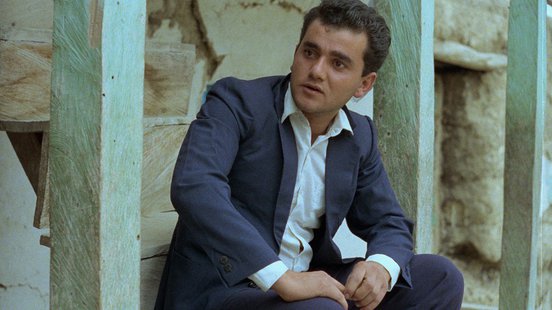 Be the first to know about exhibitions, film programs, special offers and more.