Walking a sophisticated tightrope between documentary and fiction, Close-Up takes a bizarre crime and artfully reworks it for the big screen.

The meanings of Close-Up shift, subtly and profoundly, with every viewing; the only certainty is that its rewards are boundless.

In the late 1980s, an ordinary man Hossein Sabzian was mistaken by an elderly woman for the famous film director Mohsen Makhmalbaf (The Cyclist, 1987). Seizing the opportunity to change his fortunes, Sabzian didn’t correct the matriarch’s error and began a relationship with her family as Makhmalbaf. On reading about this bizarre deception, Kiarostami dropped the project he was working on to bring this tale of daydreams and class division to the screen. With all the real players ‘performing’ as themselves, and Kiarostami’s cameras rolling while the judicial fate of Sabzian was in play, Close-Up pushes the bounds of production, and the effect cinema has outside the frame.

For scholar and filmmaker Mehrnaz Saeed-Vafa, “Close-up changed the entire course of Iranian cinema. It moves and challenges the audiences in every direction and in the opening scenes alone, contains the very essence of (Kiraostami’s) cinema.” For the director himself, the film is "in praise of dreams; it’s a beautiful portrayal of a human being who has reached a dead end but still has a hold on his dreams". 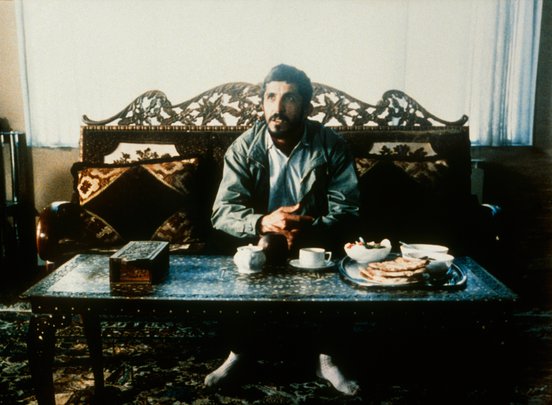