Juliette Binoche, Golshifteh Farahani and Taraneh Alidoosti star in Kiarostami’s extraordinarily beautiful and daring exploration of the act of seeing, performance, and the art of storytelling.

With Kiarostami, it seems, we cinephiles can have it all, Hitchcock and James Benning in the same filmmaker.

117 actresses are photographed watching a semi-mythic Persian romance based on Nezami Ganjavi’s medieval poem, Khosrow and Shirin. The soundtrack to this fictional film is heard but we never witness a single frame, instead our eyes are transfixed on the audience; full of tears, smiles, fear, and regret. The performances are hypnotic and as each expression unfolds on the actresses faces, it propels the off-screen action in the minds of the audience watching the film.

In writing on Shirin, filmmaker and academic Mehrnaz Saeed-Vafa noted that "this film is developing a theory about the audience that Kiarostami has been playing with and trying out in earlier projects. At first it was about leaving out some portions of the plot or certain characters so that the audience would imagine them. Now he seems to be asking not so much 'What is cinema?' as 'What kind of cinema is valuable?' But the major thing he’s playing with is the idea of narrative cinema – which extends to the questions of where film ends and film installation begins, and what you might have left when you take away the story.”

In pushing the boundaries of narrative, Shirin offers audiences a unique engagement with cinema itself, sparking a self-conscious consideration of our personal acts of viewing and in doing so, seeing the medium completely anew. 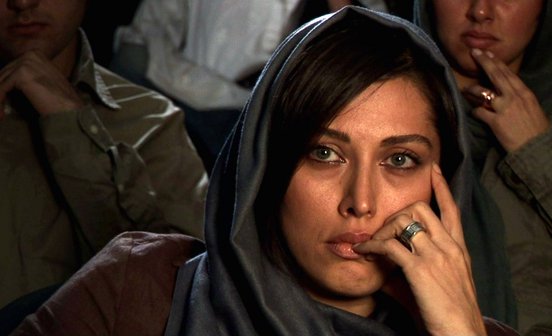