The Wind Will Carry Us

Winner of the Grand Jury Prize at the Venice Film Festival, The Wind Will Carry Us is a gently comic fable on the unpredictability of life.

The Wind Will Carry Us - Trailer by Cohen Film Collection

A key element across Kiarostami’s films is the reoccurrence of a hero with an obsessive quest who fails. In his book on Kiarostami, Jonathan Rosenbaum argues that, while this narrative displacement is troubling for some viewers, these “digressions are moments drenched in personality, humour, and atmosphere”. In The Wind Will Carry Us, a TV director travels to a remote Kurdish village to record a unique funeral ceremony, but life literally goes on. In between harried trips to the top of a mountain to speak with his producer about the stalled job, Kiarostami’s hero must embrace the many digressions which constitute the film and life itself.

Sound plays a critical role throughout the narrative with many moments heard – not seen. Of this Kiarostami said, “The sound assumes the role of what isn’t visible. Throughout this movie it was a challenge to see if we could show without showing, to show what’s invisible, and to show it in the minds of the viewers rather than on the screen.”

Winner of the Grand Jury Prize at the 1999, Venice Film Festival, The Wind Will Carry Us is an elegant puzzle that calls into question the anxieties of modernity and the joyous unpredictability of life and art making. 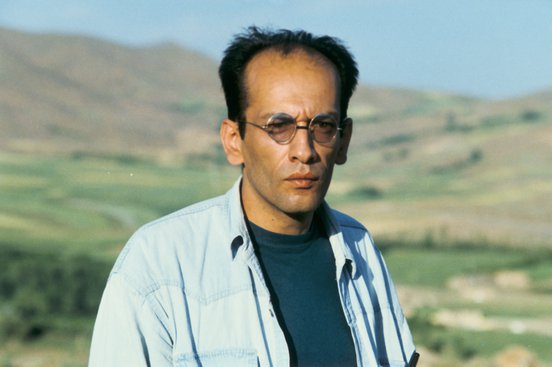