A refreshing, thrilling and oddball take on modern female identity that’s brought to life by a star-making performance from Ariane Labed.

Part of the film's success comes from Labed's performance as Marina, who infuses all that weirdness with a barely there vulnerability.

Set in a seaside Greek town, Attenberg follows Marina (Ariane Labed), a twenty-something woman who lives with her terminally ill father Spyros (Vangelis Mourikis). Naïve and in-experienced when it comes to many aspects of life – sex, interpersonal relationships, adulthood – she’s none the less desperately curious. Scratching that itch through wildlife documentaries, she finds a mentor in her friend Bella (Evangelia Randou) who helps shepherd her into a new stage of life while Spyros’ is ending. Premiering at the 67th Venice International Film Festival, it earned a Golden Lion nomination, a Coppa Volpi Best Actress win for Labed and high-profile fans in Quentin Tarantino.

A coming-of-age story for all intents and purposes – even if it’s occurring chronologically later than the usual fare within the sub-genre– writer/director Athina Rachel Tsangari finds a fitting muse in Labed who – incredibly – makes her debut with this film. Their unique understanding of each other and the world being built helps create a shorthand that allows audiences into this equally weird and wonderful perspective. On the outskirts of the Greek Weird Wave with Yorgos Lanthimos (The Lobster [2015], The Killing Of A Sacred Deer [2017], The Favourite [2018]), and Labed, Attenberg heralds the arrival of Tsangari as a multidisciplined storyteller adept across mediums who deserves your attention whether that’s within film, television, shorts or visual art.

Screening alongside The Story of Film: A New Generation.

Children under the age of 15 must be accompanied by a parent or legal guardian.

READ: Attenberg Is the Death Drama That The Descendants Haters Will Love
Eric Kohn, Indiewire, Mar 2012 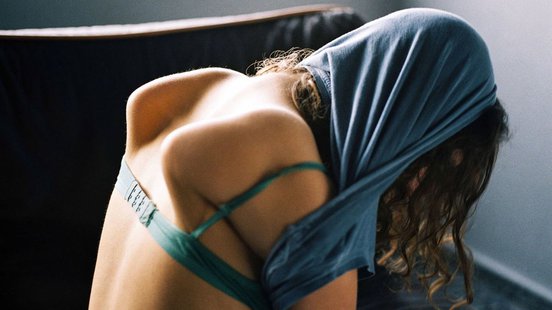