Unfortunately due to COVID-related staff shortages, ACMI has had to reduce the operating hours of our cinemas resulting in the cancellation of a number of cinema sessions. We have cancelled the 17 Jan 7pm Tangerine session. Affected ticketholders will be contacted and refunded directly. Please check your email or contact us if you have any questions. We apologise for the inconvenience and hope to see you again soon.

Sean Baker’s buddy comedy represents a major leap for transgender people on film. And yes, it was also shot entirely on a mobile phone.

Perhaps an unconventional addition to the Christmas movie canon, Tangerine follows trans sex workers Sin-Dee Rella (Kitana Kiki Rodriguez) and Alexandra (Mya Taylor) as they try to hunt down the former’s boyfriend and pimp Chester (James Ransone) who she discovers has cheated on her. In the traditional of great ‘in one night’ films, the events of the story unfold over a single evening as Sin-Dee Rella and Alexandra navigate their way through the various sub-cultures of Los Angeles, interweaving and overlapping with characters from other parts of their lives.

Writer/director Sean Baker – along with his frequent collaborator Chris Bergoch – has spent his career so far telling stories within diverse and specific lower socio-economic communities with Prince of Broadway (2008), The Florida Project (2017) and Red Rocket (2021); Tangerine continues that legacy. Shot entirely on three iPhone 5Ss, it’s as much a technical and artistic achievement as it is a social one, with Rodriguez and Taylor’s empathetic performances becoming the first Oscar campaigns for trans actresses, albeit unsuccessfully. Funny, heartbreaking and fulfilling, Tangerine is an unobtrusive glimpse into a real world and the real lives of the people who inhabit it.

Children under the age of 15 must be accompanied by a parent or legal guardian. Contains strong coarse language, sex scenes, nudity and drug use

READ: Tangerine Is Amazing – But Not Because of How They Shot It
Angela Watercutter, Wired, Jul 2015 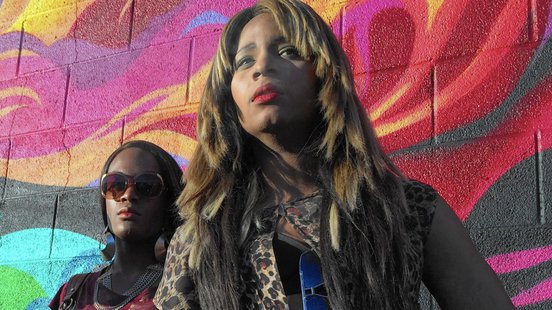 More films featured in The Story of Film: A new generation

Book three or more sessions in this program and save