From Budapest With Love

For this edition of Virtual Cinémathèque we revel in restorations of two films by Hungarian greats set in Budapest’s past with Love (1970) and The Boys of Paul Street (1968).

The cinema of many Eastern European nations has found significant acclaim and circulation in the West. Hungarian cinema, however, remains strangely underexposed despite the mastery of several of that nation’s filmmakers.

This week’s program shines a light on masterpieces by two directors, Károly Makk (1925–2017) and Zoltán Fábri (1917–1994), whose works enjoy a similar level of enduring reverence in the eyes of Hungarian critics and cinephiles as Miklós Jancsó’s but lack his profile abroad.

Makk’s Cannes Jury Prize-winning Love (1970) and Fábri’s Oscar-nominated The Boys of Paul Street (1968) are wonderful entry points to large and varied filmographies well worth exploring. We are able to share them with you through the generosity of the Hungarian National Film Institute who have made many classic Hungarian films freely available to view during the coronavirus pandemic.

Both films are recent 4K restorations courtesy of the Hungarian National Film Fund's Film Archive. Revered actress Mari Törőcsik shines in them both while Budapest, a city with a complex past, is the common backdrop, rendered at the turn of the 20th century in The Boys of Paul Street and in the Stalinist 1950s in Love.

A Film that Does not Age: Károly Makk’s Love in Cannes Classics
Nóra Kinga Forgács, Hungarianfilm, 5 May 2016

Zoltan Fabri and Jugu Abraham in conversation
The Telegraph, 15 August 1982 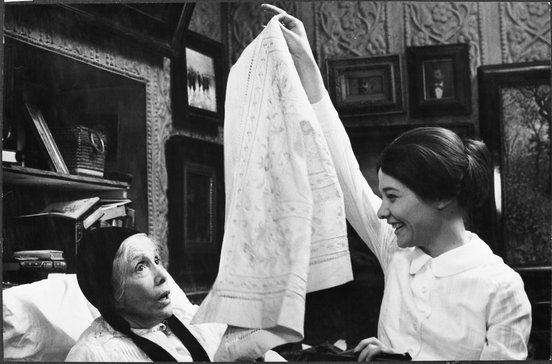