We celebrate cinematic dreamers Agnès Varda and Jacques Demy in this week's edition of Virtual Cinémathèque with Faces Places (2017) and Model Shop (1969).

Jacques Demy was the “the dreamiest of the New Wave directors”. Although his partner, Agnès Varda, made a vast array of work across over 60 years grounded in the transformative realities of daily life, she shares with Demy a playful, theatrical, plaintively philosophical vision. Together they were key colleagues of Godard and Truffaut, as well as “left bank” directors like Chris Marker and Alain Resnais. Their legacy – although they seldom worked on each other’s films – is one of the greatest and most fascinating partnerships in the history of cinema.

After the massive success of his 1964 film, The Umbrellas of Cherbourg, Columbia Pictures offered Demy a contract to make films in the United States – as a result, both he and Varda went on to draw great inspiration from Los Angeles and even Hollywood. As Geoff Andrew observes in his essay for the BFI, Model Shop is “one of the great films about Los Angeles – a city at once glamorous and seedy.” Varda’s 1969 film Lions Love, completed while Demy worked on Model Shop, also draws breath from the mythical character of Hollywood itself, as her wannabe starlets (including Warhol alumni Viva alongside Shirley Clarke as “herself”) navigate free love amongst the ghosts of Hollywood past.

As she discusses in this Criterion Collection interview, Varda was immediately taken by Los Angeles and would return to the city again in the early 1980s to make two more docu-fictions, Documenteur and Mur Murs. Demy never filmed in America again, returning to his native France to make Donkey Skin, his fantastical interpretation of the Charles Perrault fairytale, starring Catherine Deneuve.

After his death in 1990, Varda went on to devote much of her life to celebrating Demy’s legacy, including in the documentaries Les demoiselles ont eu 25 ans (The Young Girls Turn 25, 1993), L’univers de Jacques Demy (1995), and the beautiful biopic Jacquot de Nantes (1991).

Her second last movie, the Academy Award nominated Faces Places (co-directed by JR), shares the spirit of Varda’s entire oeuvre, particularly the celebrated later documentaries, The Gleaners and I and The Beaches of Agnès. Each of these films inhabit worlds that explicitly refer to social reality and daily life, but also exist as cinematic dreams, full of playful vignettes, colour and poetry.

Accompanying this double feature is a short film provided by the American Cinematheque called, The Little Story of Gwen from French Brittany.  Made in 2008, while Varda was in production on The Beaches of Agnès, this is a story of enduring friendship and adventure. Gwen followed her heart to Los Angeles as a young woman. When we meet her some years later, she recalls navigating heartbreak and making a new life in the city; always with the backdrop of the cinema. The formal simplicity of The Little Story of Gwen from French Brittany belies its huge emotional pull. 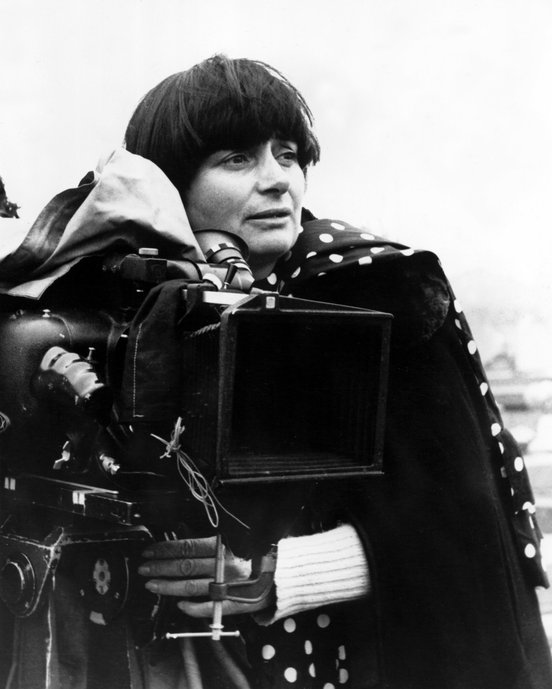