The Early Works of Ken Loach

For this edition of Virtual Cinémathèque, we invite you to watch three early works by Ken Loach that spoke to a new audience in 1960s Britain and will perhaps speak to new audiences worldwide today.

In the mid-1960s as the BBC was expanding into its second broadcast channel, a fresh crop of young filmmakers including Ken Loach were recruited to make television plays for an anthology series called The Wednesday Play. Television plays addressing the key social issues affecting working-class and lower-middle-class audiences who, by the mid-1960s, were financially mobile enough to purchase televisions sets, began to emerge. And so, it was television – a fittingly domestic format – that kitchen sink realism moved to when the British New Wave of cinema had begun to ebb.

Each Wednesday Play was scheduled immediately after the BBC's evening news. Ken Loach made best use of this timeslot by incorporating factual elements and pseudo-documentary techniques into his films so that viewers would experience them as an extension of the news. For some viewers, it was unclear where fact ended and the fiction began.

The true power of these early works was in putting social issues, which might not have been discussed publicly, on the national agenda. The most significant film in the series is Loach's gut-wrenching Cathy Come Home (1966) which is credited with bringing homelessness and public housing to the fore. The film was watched by a quarter of the British population and was discussed in parliament. Ken Loach's contributions to the series are also credited with stimulating discussion on mental illness, the death penalty, abortion and workers’ rights.

Through this selection of early films, we celebrate an articulate and compassionate voice in international cinema, just as powerful and vital now as it was at the start of his impressive career.

And since these films were made to create a dialogue where there might not have been any, join in the conversation using the #acmivirtualcteq hashtag this Wednesday 23 September or at another time that suits you. 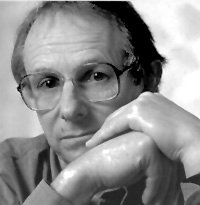