Dust in the Wind

Hou Hsiao-hsien’s eighth film, detailing the bittersweet fate of a young couple who move from a remote mining town to Taipei, was the aesthetic culmination of the director’s early career and a fascinating companion piece to his breakthrough preceding feature, A Time to Live and a Time to Die.

Dust in the Wind remains a pivotal film is Hou’s career – and is the third part of his coming-of-age “trilogy” – crystallising for the first time his signature style, in which seemingly small moments and intimate details provide signs of major narrative and thematic developments. It also continued the screenwriting collaboration between Chu T’ien-wen and Wu Nien-jen, whose own background story forms the basis of the script. Hou’s film features significant contributions from regular Hou collaborators, cinematographer Mark Lee Ping Bin and actor Li Tian-lu, and leads the way toward the extraordinary historical tableaux that marks A City of Sadness and The Puppetmaster, the works that would define the next phase of his career.

Dust in the Wind is streaming for free on SBS On Demand. You'll need to create an account to watch – it’s free, quick and easy. 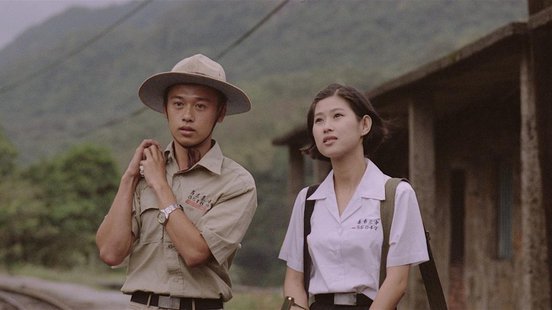