A comedy of memory, nostalgia, fondness and good cheer

After his enjoyable first feature, Jour de fête (1949), Tati hit his stride with this affectionate, playful and gently humorous comedy on human behaviour. The first of four features to follow the angular exploits of the titular character, it is one of the landmark works of 1950s European cinema. A staple of arthouse cinemas and television schedules ever since (playing on the ABC for many years before shifting to SBS), it remains one of the most delightful and profoundly leisurely comedies of observation the cinema has offered us.

Shot in Saint-Marc-sur-Mer on the Brittany coast, Tati establishes his unique style through the pervasive use of the long shot, a delightfully expressive soundtrack, an extraordinary attention to physical detail and the precise placement of the camera, and his profound affection for a diverse range of carefully upholstered characters percolating through the sun dazed action. Comprised of a series of droll sketches and beautifully staged set-pieces, it also evokes the languid temporality, mild annoyances and chance encounters of a lazy summer holiday.

Mr Hulot's Holiday is streaming for free on Beama Film. You'll need to create an account to watch – it’s free, quick and easy. 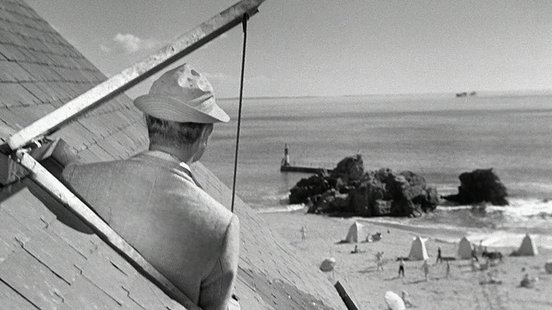