One of the first masterpieces of the 21st century.

A performing troupe in provincial China undergoes major changes after the collapse of the Cultural Revolution, in Jia Zhangke's realist epic.

In 1979, in the wake of the Cultural Revolution’s collapse, a group of young performers in a touring theatrical group perform government-sanctioned routines. With international influences creeping into their provincial lives, they find themselves tantalised by trends like bellbottom jeans, perms and pop music. But over the subsequent ten years, as China is swept up by economic and cultural change at a breakneck speed, they find their troupe irreversibly transforming.

Jia Zhangke set his second feature in his home province of Shanxi, combining the personal and nostalgic with the boldly political. Separated from Peking by distance and dialect, the marginalised characters here are ill-equipped for such sweeping change when it begins to roll through, something Jia observed first hand growing up. Imagery of a fortified wall surrounding the town, crumbling in parts is particularly evocative of this separation, and the incoming wave of changes lapping at their heels.

Like many of the Sixth Generation films, Platform was not approved by China’s film bureau and did not receive distribution in its home country. Off the international success of his first feature Xiao Wu (1997) this film was largely funded by international bodies including Takeshi Kitano’s production company. Platform premiered at the 57th Venice International Film Festival.

This film is available to stream via SBS On Demand 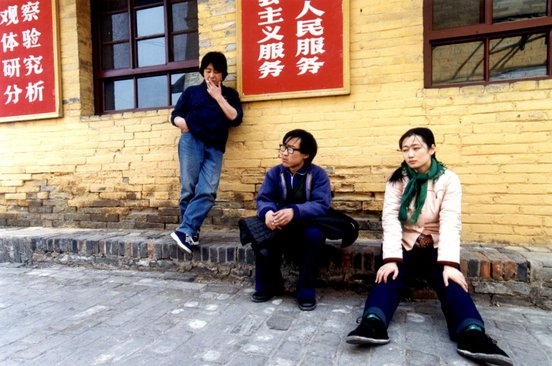