This week we celebrate one of cinema’s great partnerships with A Matter of Life and Death (1946) and I Know Where I'm Going! (1945). The Melbourne Cinémathèque’s co-curator Adrian Danks provides an overview as well as notes on each film.

For the second week of the Virtual Cinémathèque we have put together a curated program devoted to a pair of filmmakers – Michael Powell and Emeric Pressburger (The Archers) – who have long been close to the Melbourne Cinémathèque’s heart. It highlights two of this wondrously collaborative duo’s most celebrated and evocative films, but also gathers together a range of other materials that speak to the depth, legacy and truly cinematic nature of their work.

In addition to notes on each film, included in this program are a rare short, Smith (1939), made by Powell just prior to the start of his collaboration with Pressburger – a prescient public service film for a charity supporting workers made redundant – the wonderful episode of Melvyn Bragg’s South Bank Show made to mark the publishing of the first volume of Powell’s autobiography (A Life in Movies) in 1986, a low-budget but endlessly inventive filmic adaptation of Béla Bartók and Béla Balázs’ opera, Bluebeard’s Castle, made for West German television in 1963, and articles by my fellow curator Eloise Ross, a beautiful and evocative account of how her cinephilia blossomed under the profound influence of “I Know Where I’m Going!”, and my own contribution on Powell and Pressburger to Senses of Cinema’s Great Directors’ series.

We hope this selection of materials provides just a taste of the extraordinary richness of the world of Powell and Pressburger. 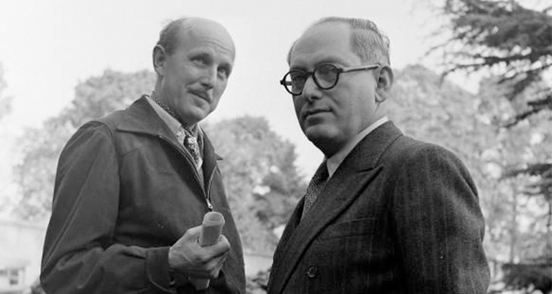