A Matter of Life and Death

A wildly romantic and technically inventive film about love and fate.

Squadron Leader Peter Carter (David Niven) is alone in a blazing plane. As he prepares himself for death, he confides his innermost secrets to June (Kim Hunter) a beautiful American radio operator and falls in love. Caught in a thick fog, he miraculously escapes St Peter’s roll-call so the celestial bureaucrats invoke a trial to decide his fate.

A Matter of Life and Death is mostly definitely a film for our time; a bold, full-bloodedly cinematic, poetic and breathtakingly audacious – heaven is in monochrome and the earth in “glorious” Technicolor – celebration of shared values, community and life itself. It is also an extraordinarily vivid portrait of a particular moment in time which incorporates the final days of World War II and what comes after, a flyer lost over the Channel, dogs, the world of medicine, the importance of community, various figures from across history, the love between two men and the “impossible” romance between an American radio operator and an RAF pilot (and poet) who has missed his appointment in heaven (due to the “ridiculous English weather”). The introduction by Thelma Schoonmaker (Powell’s widow) provides a perfect summation of what was at stake in Powell and Pressburger’s first post-war film, and speaks to its deeply moving, felt and magical combination of heaven and earth, realism and fantasy, cinema and life, a particular moment in time and what might come after.

A Matter of Life and Death is streaming for free on SBS On Demand. You'll need to create an account to watch – it’s free, quick and easy. 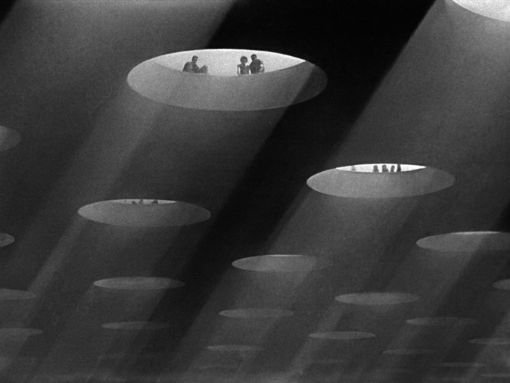