Restless Heart: The Many Faces of Jean Epstein

A life-long cinephile, Jean Epstein retained a strong dialectical approach in his work as both a filmmaker and theoretician. He was also one of the driving forces of the modernist cinematic avant-garde that blossomed in France in the 1920s. His dynamic writings on film, including such playful volumes as 'Bonjour Cinéma', also remain highly influential and formative works of screen criticism. His ongoing search for the specificity of cinema, and for an elusively defined photogénie, led Epstein in numerous directions, both in his writings and across his films. As a result, his restless cinema traverses impressionism, realism, documentary, melodrama, modernism, experimental narrative and various genres while deploying an extraordinary raft of styles and techniques: audacious superimpositions, rapid montage, explorations of time and space, luminous close-ups, community-based filmmaking, ethnography, and much more. Although he has often been neglected in studies of French cinema, Epstein has been a significant influence on filmmakers, curators, writers and philosophers such as Alain Resnais, Henri Langlois, Jacques Rancière and Gilles Deleuze. In many ways the journey of Epstein’s career, from a cinema defined by movement to one becalmed in the waters of realism and “felt” time, provides an important “map” for Deleuze’s ground-breaking philosophy of the movement- and time-image.

Epstein initially trained as a doctor and his work retains a sense of scientific experimentation, homing in on the forensic and affective qualities of his movies. Arriving in Lyon in the late 1910s, Epstein first worked for Auguste Lumière before being introduced to many of the key figures of the French narrative avant-garde including Germaine Dulac, Abel Gance (his greatest influence), Louis Delluc and Marcel L’Herbier. Spurred on by the narrative and formal experiments of Gance – who quizzically called Epstein “a young Spinoza” – he entered filmmaking with a burst of activity in 1923 producing a fascinating and characteristically varied collection of films that concluded with Cœur fidèle, his first masterpiece cowritten by his key collaborator, sister Marie. Over the next five years Epstein moved between fiction and documentary, the subjective and the objective, narrative and formal experiments and commissioned works, and produced several of his most significant films such as La glace à trois faces (1927) and The Fall of the House of Usher (1928). Henri Langlois, co-founder of La Cinémathèque Française, called the latter “not only the ultimate expression of the years of experimentation, but their justification”.

With the decline of French Impressionist cinema during the coming of sound, the ever-restless Epstein became preoccupied with the cinema’s capacity for realism, the material and everyday poetry, as well as its possibilities as mode of ethnography. Although he continued to produce some commissioned work as well as documentaries for the Front populaire in the 1930s, Epstein’s greatest achievements over the next two decades were the raw, poetic and highly elemental collaborative works he made with various small communities in the region of Brittany. This truly dedicated phase of Epstein’s work was launched with the extraordinary Finis terræ in 1929 but also includes the most affective of his later films: La tempestaire (1947).

This selection of five key films from Epstein’s career covers the breadth of his cinema. It draws on a selection of restored prints produced over the last 25 years and made available online by La Cinémathèque Française. Please join us in exploring the fascinating and varied work of one of the great filmmaker-theorists of world cinema.

About Henri: The Cinémathèque Française has created a new online platform called Henri, as a tribute to their founder, Henri Langlois. This free web platform offers an impressive collection of great movies from the Cinémathèque for audiences across the globe to enjoy.

Please feel free to join in the conversation using the #acmivirtualcteq hashtag from Wednesday 21 October or at another time that suits you. 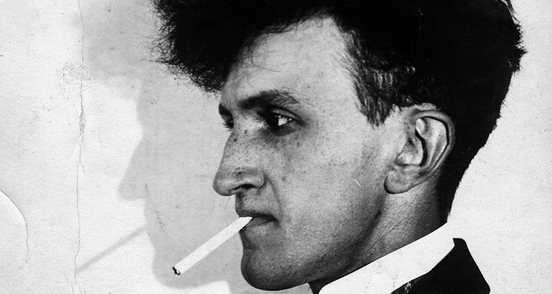