Run away with Tilda Swinton

For this week’s Virtual Cinémathèque we shift our focus to Tilda Swinton, one of the most dynamic and chameleonic actors of our time.

Certainly not just a player-for-hire, Scottish actress Tilda Swinton has enjoyed one of the most consistent — and consistently cool — careers on screen. Spanning four decades, her oeuvre comprises of several long-term creative partnerships with the likes of Derek Jarman, Joanna Hogg and Luca Gudagnino to name but a few.

In her interview with Mark Kermode, after being presented with the BFI Fellowship earlier this year, Swinton likened her collaborations with directors to sowing seeds and letting them grow over years, sometimes decades. This is especially true of the two films selected. The seeds for Orlando (1992) were sowed five years before the film was produced, and for I Am Love (2009) the germination period was over ten years. Both of these shrink in comparison to the 25 years it took to develop Suspiria (2018), her fifth collaboration with Guadagnino.

It’s perhaps this depth of engagement with her projects — as an actor, co-producer, consultant, and champion — that makes her inseparable from them. A film with Tilda Swinton in it becomes a Tilda Swinton film.

Out of all the Tilda Swinton films, we’ve selected two from key moments in her career, but also two films which perhaps best represent the theme of our times: breaking free. Free from the confines of patriarchy, masculinity, mortality … confinement itself. So, if you feel a little bit claustrophobic or would just like to stretch your legs, we invite you to run away with Tilda Swinton.

'I Am Love director Luca Guadagnino and star Tilda Swinton: "We have such fun together"'
Catherine Shoard and Henry Barnes, The Guardian, 1 April 2010 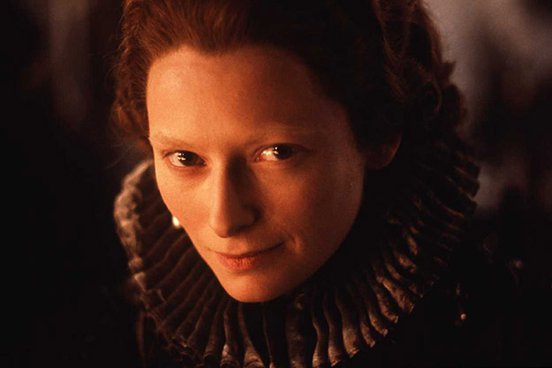