Two lovers brought together by a Soviet state initiative struggle to find their moment in post-war Europe.

In post-war Poland, accomplished musician Wiktor (Tomasz Kot) is tasked with forming a musical ensemble to tour the country and reinvigorate a sense of patriotism. He auditions Zula (Joanna Kulig from 2013’s Ida) and the pair soon fall passionately and tempestuously in love. When their touring troupe take them to Berlin, the couple hatch a plan to flee to the West, sending them on a trajectory not unlike the Cold War surrounding them.

The stylistic twin of 2013’s Ida, Pawlikowski’s two films sit beside one another as two pieces in a matching set. Again, here, he employs a 1.37:1 frame, and shoots in monochrome, but the camera is far more dynamic in Cold War, perhaps more apt for a film with jazz music woven throughout.

This film is streaming on SBS On Demand 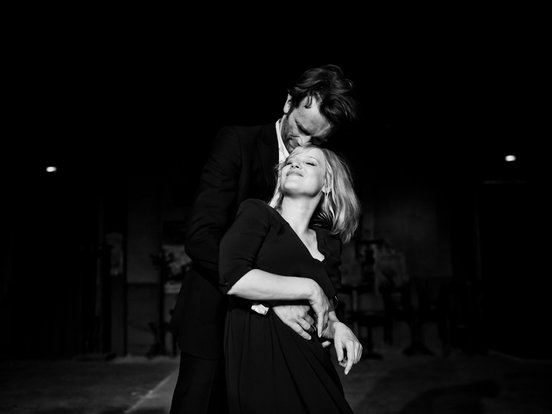