Having grown up in a convent as an orphan since World War II, a young woman ventures out into 1960s Poland for the first time before taking her vows.

In 1962, Anna, an orphan who has lived in a convent her whole life is preparing to become a nun. Before she takes her vows, she discovers that she has an Aunt – perhaps her last living relative – who she feels obliged to visit.

Shot in a boxy Academy ratio frame in luminous black and white with an almost completely static camera, the experience of watching Ida is like carefully sifting through a box of old, heart-breaking photographs. For the viewer, we’re transported to 1960s Poland, but for Anna, who discovers her real name is Ida, she is placed on a journey of self-discovery, pursued by the dark shadow cast over her birth family by the 2nd World War.

Ida was Poland’s official entry into the 87th Academy Awards where it won the Oscar for Best Foreign Language Film of the Year.

This film is streaming on SBS On Demand 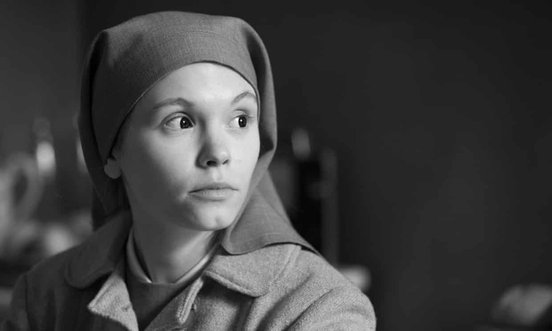