Swedish film critic, writer and filmmaker Stig Björkman has chronicled the work of Ingmar Bergman over several decades and in various forms including documentaries Ingmar Bergman (1971) and ... But Film is My Mistress (2010) alongside published collections of his expansive interviews with the director, such as appear in Bergman on Bergman. Isabella Rossellini urged Björkman to direct a documentary dedicated to her mother, Ingrid Bergman, to commemorate the hundred year anniversary of her mother's birth, in 1915. The resulting film, Ingrid Bergman: In Her Own Words (2015) – which did indeed premiere at the Cannes Film Festival in 2015 to mark the occasion – is the first of two documentaries we propose this week.

Aided by access to family archives and testimonials from her four adult children and select others, Ingrid Bergman: In Her Own Words does indeed also give primacy to Bergman's own thoughts, fears and ambitions via a series of personal letters and diaries, read in voiceover, which offer a corrective history to the sensationalism with which Bergman's private life was often publicised – most notoriously with regard to her relationship with Roberto Rossellini.

Margarethe von Trotta's In Search of Ingmar Bergman (2018) – the second film in this week's line-up – takes a more elliptical approach. Von Trotta's on-screen presence mediates the exchanges and semi-confessionals through which we accrue insights into Ingmar Bergman's life and work and in the place of conclusive proclamations from Bergman himself, judiciously selected scene clips from the director's formidable body of work serve to illuminate themes and testimonials.

Among a clutch of interviews with contemporary filmmakers, French cineaste Olivier Assayas defines a concept of the "Liberated Woman" – embodied in Bergman's films of the early 60s by actresses such as Harriett Andersson, Liv Ullmann, Bibi Andersson and Ingrid Thulin – as one of the signifiers of the director's modernity; "he had the freedom, intelligence and sensitivity to see them" Assayas continues. It's an idea that circles back to Björkman's film; Ms Bergman, it turns out, given her unapologetic approach to a career and life choices, was a prototypical Liberated Woman well ahead of the curve.

Ingrid Bergman and Ingmar Bergman moved between theatre and films at various stages in their respective careers. Both films in this program refer briefly to their only on-screen collaboration, Autumn Sonata (1978), a film made while Ms Bergman was living with the vicissitudes of breast cancer, originally diagnosed in 1973. (Isabella Rossellini's candid recollection of her mother's on-set dust ups with Bergman in Björkman's film lends that film's retelling a little more zing.) A finely calibrated chamber piece which, unsurprisingly, cast Ms Bergman and Liv Ullmann as a mother and daughter trapped in an emotionally brittle relationship dynamic, this late career film written – as his films typically were –  and directed by Ingmar Bergman marked Ingrid Bergman's final film for the silver screen.

The Making of Autumn Sonata (1978)
Directed by Ingmar Bergman 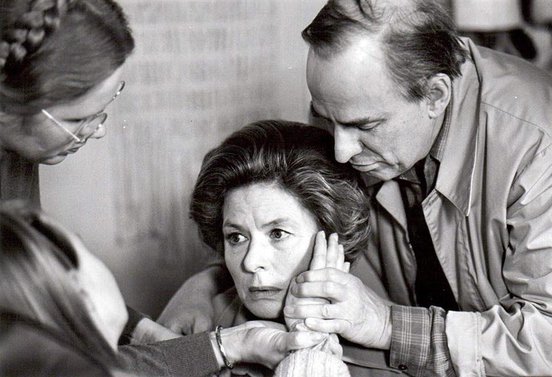