Ingrid Bergman: In Her Own Words

A captivating insight into the fearless life, loves and celebrated career of the Swedish movie star who became Hollywood royalty

[Bergman] had the kind of towering self-possession that is a requisite for immortal stars, but also for modern women … Cinefile catnip.

Three time-Academy Award winner Ingrid Bergman was one of the most luminous talents of Hollywood’s Golden Age. Her incandescent screen presence was immortalised in films including Casablanca (1942), Gaslight (1944) and Notorious (1946).

Stig Björkman's intimate portrait is aided immeasurably by the onscreen participation of Bergman’s children, Pia Lindström – her child with first husband, Swedish surgeon Petter Lindström – as well as her children from her (at the time) scandalous union with Italian director Roberto Rossellini: Isabella, Ingrid and Roberto Rossellini Jr.

Never-before-seen home movies, letters, and diaries (read by rising Swedish starlet, Alicia Vikander)  reveal a portrait of a remarkably assured young woman who not only became one of the most celebrated screen actresses of the mid-twentieth century but who also lived life unapologetically on her own terms.

Ingrid Bergman: In Her Own Words is available to stream on DocPlay.

Sight & Sound's Film of the Week: Ingrid Bergman In Her Own Words

Love through a lens: how Ingrid Bergman took the world’s breath away 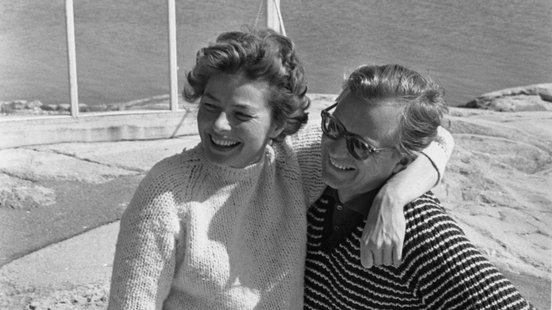