German director Margarethe von Trotta guides us through an intimate, revealing and occasionally disarming portrait of the Swedish auteur

An investigation in the form of a highly personalized meditation ... bubbles over with anecdote and insight

Travelling to Paris, Munich, and to multiple locations in Sweden and beyond, Margarethe von Trotta traces Bergman's life and career in a series of filmed conversations with creative collaborators, family members and with contemporary filmmakers including Olivier Assayas, Mia Hansen-Løve – her highly anticipated feature Bergman Island is set for release in 2021 – Stig Björkman, Ruben Östlund and veteran French writer Jean-Claude Carrière, who calls Bergman "one of the great phantoms who shaped [the 60s] generation ... even if the Nouvelle Vague took the opposite approach".

In Oslo, von Trotta is reunited with Liv Ullmann, the first and arguably most emblematic of the actresses with ties to Bergman's films that appear on screen. On the Baltic Sea island of Fårö where Bergman lived for many decades (and where the director was buried after his death in 2007), von Trotta has a surprisingly candid exchange with filmmaker Daniel Bergman that lays bare many of the tensions and contradictions that characterised Bergman's relationships with his nine children – and their mothers. Each encounter illuminates and humanises some aspect of Bergman's mythic status and formidable reputation. Themes we might expect to encounter in an exploration of the creative drives and personal compulsions of Bergman – the strictures of a childhood under the repressive influence of his Lutheran pastor father, the railing against conventional morality, preoccupations with dreams, death, desire, the singularly Nordic brand of existentialism and expressive potential Bergman's cinema elaborated, the dynamics of his working relationships with actors – all weave their way through von Trotta's encounters.

Working with co-directors Bettina Böhler (who also edited) and Felix Moeller, the deceptively off-the-cuff reminiscences and reflections von Trotta assembles on her travels are artfully intercut with expository or thematically sympathetic scenes from films in the hallowed Bergman canon: Summer with Monika, Wild Strawberries, Winter Light, Persona, Hour of the Wolf, Fanny and Alexander, Scenes from a Marriage, Autumn Sonata, Saraband and (the alpha and omega of von Trotta's absorbing, poetic film) The Seventh Seal.

Searching for Ingmar Bergman is available to stream on DocPlay.

Under the Influence: Margarethe von Trotta on The Seventh Seal 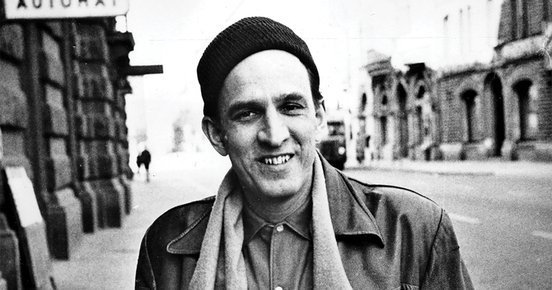