The Last Days of Chez Nous

Gillian Armstrong explores the last days of a dissolving marriage in this nuanced, emotionally complex and profoundly naturalistic drama

... Fluent, hopeful ... charts every shift in the emotional climate

Developed by producer Jan Chapman (The Piano) and author Helen Garner, who had previously collaborated on Jane Campion’s 2 Friends (1986), The Last Days of Chez Nous is one of Gillian Armstrong’s most underrated features. Completed after her deeply compromised US-production, Fires Within (1991), The Last Days of Chez Nous allowed Armstrong to return to much richer and more sympathetic territory in its nuanced, emotionally complex and profoundly naturalistic exploration of the last days of a dissolving marriage.

Set in the leafy surrounds of Glebe in Sydney, and largely situated within a terrace house, The Last Days of Chez Nous provides an intimate and detailed look at family and gender dynamics as well as the collateral damage suffered in the course of everyday life. It features a suite of engaging and deeply sympathetic performances by the AFI award-winning Lisa Harrow, Kerry Fox and Miranda Otto, a female household who struggle to live with a self-centred patriarch played by Bruno Ganz (Wings of Desire, 1987). Providing many strong parallels to key earlier films like High Tide, it is, as Luke Buckmaster suggests, both a “modest and incredibly ambitious” movie that brings to the fore many of Armstrong’s greatest qualities as a filmmaker.

The Last Days of Chez Nous is streaming for free on Beamafilm. You'll need your library card to create an account to watch – it’s free, quick and easy. 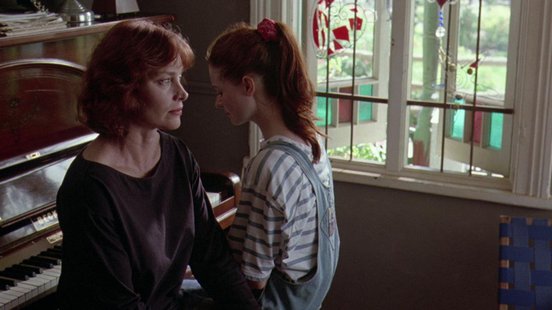