A powerful rumination on atavistic Australia, sexism and classism

Screened in competition at the Cannes Film Festival, where it was nominated for the Palme d’Or, My Brilliant Career is one of Australia’s most treasured films. Putting a virtually unknown Judy Davis in the lead role of Sybylla Melvyn, Armstrong proved to have a flair for casting that would continue throughout her career (great performances by Sam Neill and Wendy Hughes add to this breakthrough film’s impressive pedigree). Torn between society’s demands to fulfil patriarchal expectations and following her dream to be a writer, Sybylla is a character full of spirited desire. Trapped by her surroundings but wanting more, Sybylla’s independence and liberty are framed through Armstrong’s sharp and tender directorial eye.

Filmed in the beautiful surrounds of southern New South Wales, Armstrong’s debut feature works as an exploration of individual drive that she would return to again and again (perhaps most notably in her great adaptation of Little Women). Produced by Margaret Fink and written by Eleanor Witcombe (and adapted from Miles Franklin’s celebrated novel), My Brilliant Career deserves its reputation as one of Australia’s foremost feminist films. But it also contributed significantly to the re-establishment of the country’s film industry, and energised it with a vitality that still speaks profoundly to filmmakers and audiences today.

My Brilliant Career is available to stream on Stan, Apple TV, Google Play and YouTube.

A cinema of resistance: My Brilliant Career
Gabrielle O'Brien, Senses of Cinema, April 2020

Gillian Armstrong on My Brilliant Career
The Criterion Collection, 2019 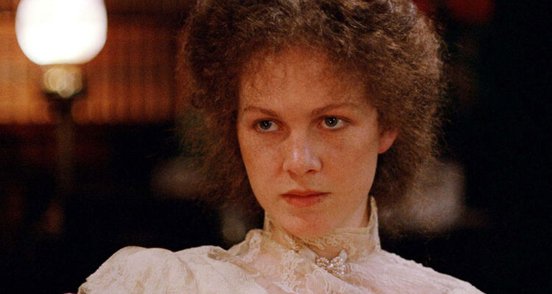