Learn more about the creative practitioners and businesses that call ACMI X home.

Keep up to date with us on Twitter: @acmiXstudio

Let Me Out (Chase Profaca)

Chase Profaca is working on indie game, Let Me Out, a story-based game that focuses on the queer experience in many different aspects.

Read our interview with the team here.

Cult of the Lamb (Massive Monster)

Massive Monster is an indie game dev studio, creating games bursting with creativity and with a core focus on personality and play.

Check our podcast episode with Creative Director Julian Wilton about the business of making games.

Way to the Woods (One Pixel)

ant tan is an artist, creating video games. Currently he is working on Way To The Woods, with music from aivi & surrasshu.

Learn more about One Pixel

O’Saurus Studios is an indie games studio led by Madeleine Clute focusing on unconventional narratives, human psychology, and unique settings. Their first game, Call of the Golden Valley, a first-person, female-protagonist mystery game set in the High Country of Victoria is in development.

Things For Humans is an indie game studio focused on the intersection of pop-music and video games - most recently with the release of the award-winning halloween rhythm game 'Video World'. Things For Humans is now working on the sequel called 'A Halloween Valentine's.

Learn more about Things for Humans

John Coleman is the principal organiser of ARC (Australian Roleplay Industry).ARC runs online and in-person tabletop roleplaying events all year and all over. We focus on encouraging game development in all forms, gender diversity and providing inclusive gaming environments

Xanthe Dobbie is an Australian artist and filmmaker. Working across on- and offline modes of making, their practice aims to capture the experience of contemporaneity as reflected through queer and feminist ideologies. Drawing on humour, pop, sex, history and iconography, they develop shrines to a post-truth era. Xanthe is currently undertaking a PhD at RMIT University focusing on interactive digital art. Their artwork 'The Long Now (2022)' is currently being exhibited online here. Their work 'Eidolon' is a finalist in the Digital Art Prize which is open for public voting here.

Kimberly Summer is a freelance WOC director working with both artists, not for profits, as well as large brands across Australia. Her work centres on highlighting diverse artists and their stories - told through documentary, content and short form works.

GGG Films is a team of three best friends who live and breathe stories. Gabrielle McLeod, Greta Nash and Gillian Crosby have been working on films together since they were teenagers, which is why they have such a strong connection to honest stories about the highs and lows of adolescence.

Live Wires is a new production entity founded by Stephen Corvini for the worldwide production of premium Television drama.

Mondo Studio Films is a Melbourne based production company helmed by Writer/Director, Ruth Borgobello and Producer, Davide Giusto, both driven by a passion to tell international stories that harness the power of storytelling to make a difference in the world.

Jason Christou is a creator/writer/director who tells stories infused by his Greek-Cypriot and Austrian/Slovenian descent across film, TV, documentary, interactive and games. He is a current Creative Victoria Creators Fund recipient for his interactive series/game for change WE THE JURY.

Path to Audience is a Melbourne-based entertainment marketing consultancy which provides services to the Australian screen industry in audience discovery & analysis, market positioning and the development of sales and marketing materials. Our mission is to make studio quality audience insights accessible to independent producers, with the goal of helping to create a more consumer focused and diverse local screen industry.

Learn more about Path To Audience

Jen Valender is an Australasian artist who was born in Aotearoa and is based in Naarm/Melbourne. Her practice investigates methods that compress complex experiences, histories and ethical dilemmas into simple gestures through projection, moving image, sound, sculpture and performance. Grounded in the cinematic, her artwork is inspired by wit, material conditions, conceptual paradoxes, poetic problematics and a resolute blurring of the art/life dichotomy.

Performing Lines produces provocative contemporary performance by Australia’s most audacious independent artists. They champion the unconventional, the marginal, the rebellious and the new to ensure the breadth and plurality of Australia’s creative potential is represented and celebrated.

Isonomic is a leading mixed reality & training practice based in Sydney & Melbourne creating immersive experiences for training and special projects. In 2018–19 Isonomic delivered the most complex holographic experience built globally for the metro rail extension project in Sydney.

As an independent creator, David produces his own multi-discipline, large-scale live works for national and international audiences.

Since his first commission in 2002 for BBC television, David, a multi-instrumentalist, has composed for multiple forms and genres with achievements including over 30 placements on US television. David is also a well respected songwriter and recording artist most recognised for the internationally successful post-rock band LAURA.

Emile Zile is an artist. He is completing his practice-based PhD at the Digital Ethnography Research Centre RMIT, writing on mediation, performance and the expression of self online. His recent performances have been presented at NGV Triennial Melbourne, Bleed Online ArtsHouse Melbourne / Campbelltown Arts Centre and LIMA Amsterdam. His work is profiled in Australiana to Zeitgeist: an A to Z of Australian Contemporary Art (2017) published by Thames and Hudson and The Routledge Companion to Mobile Media Art (2020).

Insite Arts is an experienced creative team of arts professionals working to create, produce, manage, tour and promote the work of high calibre contemporary performing artists in arts projects that are innovative, excellent and outstanding within the global industry. Insite operates across a wide marketplace, collaborating with emerging and established artists and partners in high level professional ventures that engage participants and audiences across cultural and national boundaries.

Collaborating between their team and yours, you'll get the best possible result; a high quality unique video that does what it’s meant to do.

Exhibitionist is a multidisciplinary collective of digital arts workers. They seek to create new models and formats for how the arts community can engage with the digital and explore ways to create alternate frameworks for the collaboration, creation and dissemination of artistic work.

The GBiennale is a major cultural event which places outstanding and significant cinema, art, theatre, dance, music, architecture and fashion housed in rotational instances from local, national, and international contributions. Its ethos is born from a need for greater cultural innovation from hybrid online and physical events through to present quirky, risky, vibrant, thought-provoking and enriched projects within the seven nodes of celebration.

Heroine Productions is a boutique production company based in Melbourne, Australia and founded by writer/director/producer Libby Butler.

Having cut her teeth as a playwright and then in-house on serial drama, Libby is now focused on developing original work for television and film. She is currently undertaking a Film Victoria Writer’s Placement on Season 2 of Ms. Fisher’s Modern Mysteries. Writing credits include The Heights, Neighbours, and acclaimed web series Erinsborough High, which she also script-produced. She’s currently developing an original one-hour drama series with CJZ and an adaptation of Nick Earls’ seminal 90’s novel, Zig Zag Street.

Jacinta is a proud Wiradjuri woman, who specialises in all things creative. She runs Jacinta Keefe Photography and has a passion for live music and events.

Lean Filmmaking helps indie filmmakers save time, money and energy by taking advantage of surprising - often counterintuitive - strategies to dramatically improve the filmmaking process. Creative agitators and siblings, Kylie Eddy and David Eddy, have combined their filmmaking experience and agile coaching expertise to re-imagine the development, production and distribution of independent films in an uncertain world. The Art of Lean Filmmaking: An unconventional guide to creating independent feature films - available now in paperback or ebook.

OZ AFRICAN TV are Australia’s first platform to showcase African diaspora on Australian TV. We link birth, interest and heritage highlighting positive stories with focus on socio economic contribution and the affirmative impact this has on the community.

Plympton is a literary studio that innovates in digital publishing. We passionately believe publishing is a craft — from the design, to the prose, to the reading experience — and are eager to move the needle. We’ve worked with many award-winning authors, including Namwali Serpell, Dan Chaon, Roxane Gay, Lauren Groff, Ruth Ware, Alexander Chee, Alice Hoffman and Jane Smiley. You can find a full list of them here.

Shaun Wilson is an Australian artist, film maker, writer, and educator who for the past 30 years has made socio-political work about memory and places. He has exhibited and screened in over 200 venues.

In 2021, Shaun is a resident at ACMI-X investigating vintage 8mm home movies and a senior lecturer in the School of Design, RMIT University.

Tammy Honey is an Australian artist who for the past 25 years has made work about memory and pop culture aesthetics. She has exhibited and screened in numerous countries and venues including the TATE Modern, Gallery of Modern Art, ACMI, CAST, FACT Liverpool, SCOPE Art Fair Basel, Mermaid Arts Centre, and the Dundee Arts Centre, UK to name a few.

Yo CiTY exists in your city wherever you are in the world to champion the BIPOC experience within contemporary society through Music and Art.

The ACMI X Resident Membership provides ongoing tenancy to individuals, organisations or institutions that seek a permanent office space and associated benefits, including professional development programs and networking events. Expressions of Interest are now open for subsidised residencies in 2021. 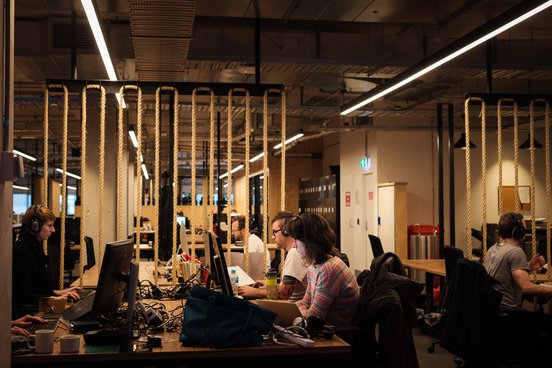